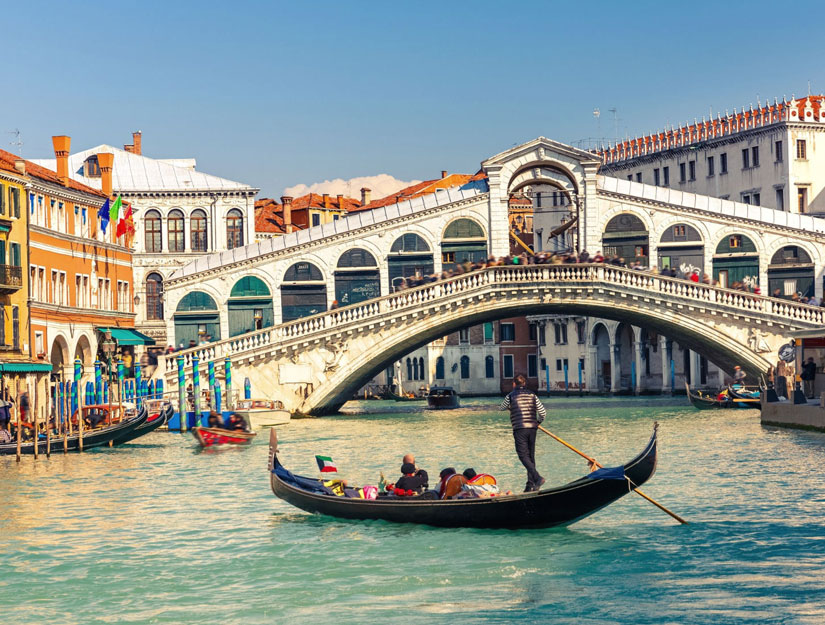 Looking at it from above, the Serenissima is shaped as a fish and it can be divided into six boroughs, called sestieri: San Marco and its masterpieces, Dorsoduro and its multitude of museums, Santa Croce and its hidden bars, San Polo and its residents going out and about from early hours, Canareggio and its ancient ghetto, Castello and its colorful washing lines.

Beside Saint Mark’s Square (or Piazza, in Italian), all the other piazze are called campi, just like the streets turn into calli and quays into fondamenta.

The wall-less city is protected by the Lagoon and it consists of an archipelago of many little islands connected to each other by more than 400 bridges.

For years it had been the center of a very powerful maritime community.

The Veneti (residents of the Veneto region), driven out by Barbaric populations, found a save haven in the river Po’s swamps and they founded Venice; its preferential position and its swampy grounds used to represent an obstacle for foreign conquerers.

Nowadays the city’s strengths are tertiary sector and its role in the Italian cultural history, due to the Biennale and to a very prestigious university, such as Ca’ Foscari.

It is the third most visited Italian city, after Rome and Milan.
One of the obstacles of Venice is the fall high tide that makes it hard to move through the calli and the campi.

Pellestrina is a thin piece of land that runs for 11 km, between the Adriatic Sea and the Lagoon.

Typical are its small village, the houses overlooking the sea, the flower gardens and the not-so-touristic sandy beaches. You can visit it on foot, by bus or by bike: it is impossible to get lost.

The first church that you can find in the southern part of the island, is the baroque Duomo di Ognissanti. The first building dates back to 1111 but it was built again many times until the current one from 1864.

Going towards the north side, there’s the Santuario della Madonna dell’Apparizione, built in 1723. According to the legend, in 1716 an older lady sent a young boy called Natalino Scarpa to warn the priest and to pray for the souls of Purgatory. He started to do what told and he realized that the Madonna in the painting kept moving her eyes multiple times.

Following the Lagoon, you find the Murazzi, stone walls that were built to halt the flooding. Nowadays they are perfect for those who love to sunbathe.

The Piccolo Museo della Laguna Sud was born in 2007 to keep the local history alive; it houses historical and documentary information about Pellestrina and Venice. You can also watch videos and look at old pictures thanks to the video projectors.

How to get there:

By ferryboat (public service): line 11, departure from Piazza Vigo to Pellestrina. If you prefer to visit it by bike, ACTV added a few routes where it is possible to take your bikes with you (we would be glad to give you more information and the timetables for this service). 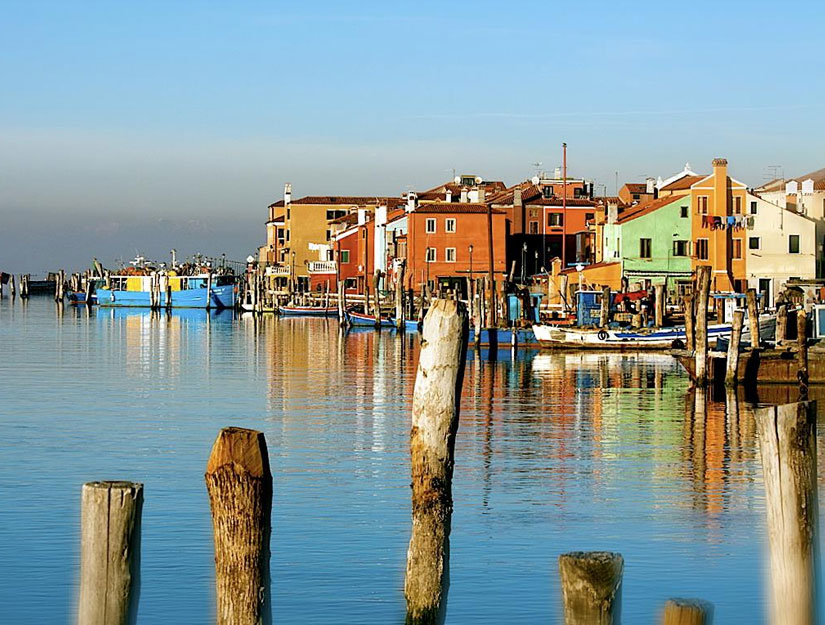 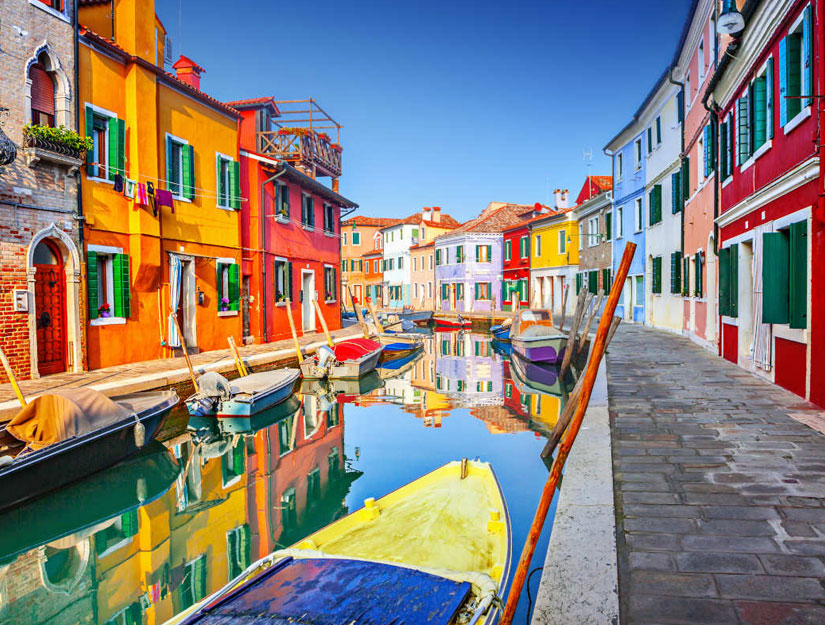 Murano is the biggest island in the Lagoon. It has ancient origins: during Roman times, a couple of families settled down here and as years go by it became a very important center for trade. In order to avoid fires in Venice, all the glassmakers were forced to move to Murano in 1291 and after years of experimentation they managed to create a thin and light glass-crystal. Murano became a vacation island and a meeting point for artists and scholars.

Along the bank of Vetrai you can still see some of the old furnaces from the Middle Age. One of those open to the public is Gino Mazzuccato’s: here a Maestro will show you how to process glass and to create some objects. You can also visit the laboratories and the showroom where some of the family’s creations are on display.

The Palazzo Giustianian houses the Glass Museum, established in order to collect objects and testimonies of the process

Richiedi disponibilità...
BURANO
Burano is a tiny island where people lived from the 7th century. The island was enriched thanks to the quality and originality of some of the merletti that were produced by the local craftswomen. Nowadays, just a few of those craftswomen still make the punto in aria merletto.
The Museo-Scuola dei Merletti houses these ladies that keep the tradition alive and some testimonies about the process and more than a hundred of merletti, ranging from altar tablecloth, fans, shoes, etc.
Along the banks there are plenty of stands and little shops that sell those traditional merletti.

Burano, besides its impressive craftsmanship, is also known for its colorful houses, which were useful to fishermen when they had to identify them through the fog and the rain. 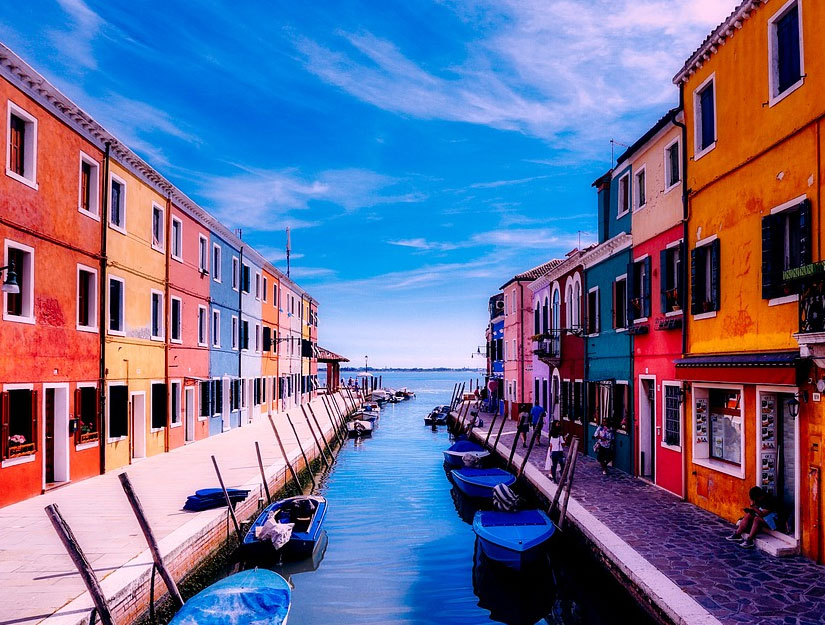 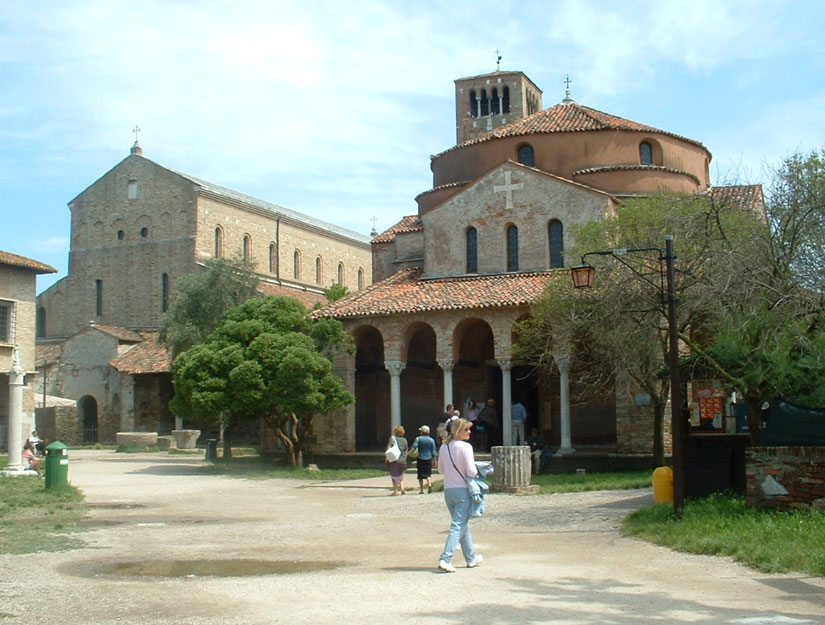 TORCELLO
Torcello is the smallest of the islands and very special: now inhabited by a dozen people, it can be considered a ghost town. The only medieval bridge of this island is the “Ponte del Diavolo”, without parapets and with wide steps. In the main square there is the “Carega di Atila”, a seat reserved for magistrates who administered justice.
Richiedi disponibilità...
LIDO DI VENICE

The Lido of Venice is a sandbar that divides the Lagoon from the Adriatic sea. It’s a island full of 18th-century Liberty buildings and villas. A lot of artists and poets, such as Lord Byron, were very fond of this place since 1820.

It is the perfect place to take a walk and stop in one of the many beaches. The island is equipped to practice many sports, such as tennis, swimming, horse riding, archery and golf.

You can visit the Benedictine Abbey that preserves the remains of San Nicolò di Bari, Patron saint of seafarers. In this sacred place, during the Republic of Venice, a mass took place during the Festa della Sensa (the feast of the Ascension). 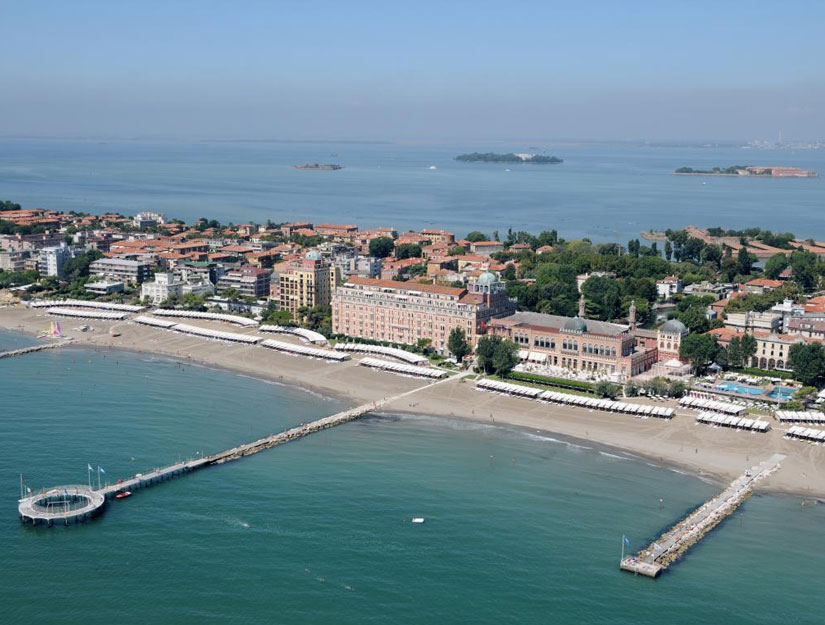 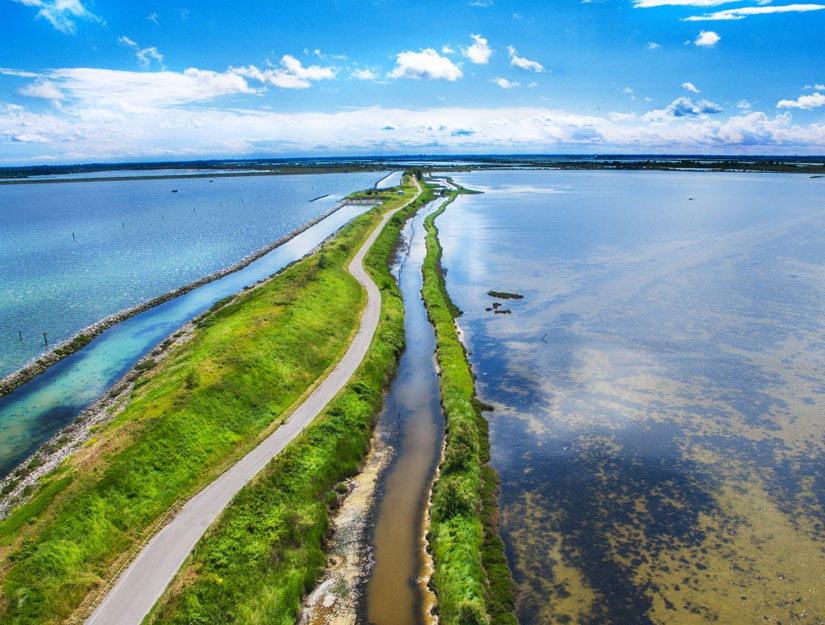 The Po Delta consists of many river branches most of which are closer to Treviso. It is one of the most suggestive natural oases in Italy. The Po, whose nickname is the sweet giant, opens up and creates seven little rivers which turn into a unique natural place. It was added to the World Heritage Sites in Italy in 1999. The Po Delta’s Parco Regionale extends up to the River Adige and the flora and the fauna are several and it counts more than a thousand different species. There are more than 300 bird species and that’s why it is considered one of the most important areas for ornithology.

There are several areas dedicated to fishing, fish farming, hunting, agriculture and acquacolture.

In order to truly bond with the historical and natural beauties of this place, it is recommended to visit the Parco on foot, on horseback, by bike, by kayak or any other rowboats (organized and purchasable within the park).

The whole Parco has different paths that lead you towards the flora and the fauna of the territory.

Richiedi disponibilità...
× How can I help you?